The Benefits of Drinking Coffee 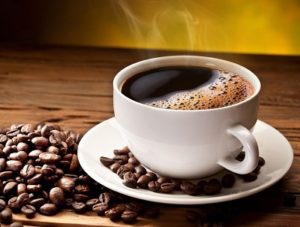 What Are the Benefits of Drinking Coffee?

The answer to the question may seem obvious. After all, if we didn’t all feel the benefits of drinking coffee, it wouldn’t be one of the top morning beverages in the world. That delightful caffeine that it contains, chemically known as 137 trimethylxanthine, is the naturally occurring stimulant that gives us that extra bit of energy to wake us up first thing or in the afternoon when we’re drooping.

That said, coffee isn’t just a matter of its caffeine content.  There are antioxidants and other compounds within it that can make drinking this beverage surprisingly beneficial.

Here are some of the advantages associated with sipping away at your favorite morning beverage.

The first of the benefits of drinking coffee you will see is it reduces gallstones. You will need to do this on a somewhat regular basis, but it can really decrease this issue in both women and men.

There have been two studies that have been done on this. They showed that those who drink the equivalent of 2 cups of coffee each day were much less likely to get this disease compared to those who did not have coffee. Whether this is from the caffeine or not is still unknown and it is probably not a good idea to get your amount from sports and energy drinks to avoid the disease.

Reduce your risk of Parkinson’s disease

The caffeine amount that is in coffee can be inverse to the amount of risk you have to Parkinson’s developing. What this means is that if you drink more coffee, you are less likely to get this kind of disease.

Coffee, even without the caffeine, has a lot of antioxidants that you will be able to use in your body, some of which are able to fight off cancer due to free radicals. You cannot find many foods with the right levels of these antioxidants and you can get them from either the caffeinated or the decaffeinated options.

Studies throughout time have showed that those who drink coffee are better able to score higher on ability tests, memory studies, IQ tests, and so much more. These effects, though, seem to be higher and more pronounced in those who are older, and also in women.

A study followed more than 45,000 men over a span of 12 years and showed that the more coffee the men drank, the less likely they were to get gout at some point.

While these benefits of drinking coffee are great, you should remember that everything must be done in moderation. Drinking a whole can of coffee each day is not going to give you the benefits but having a few cups a day can really help you out.