The Benefits and Drawbacks of Counting Calories 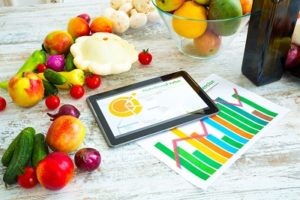 There are many benefits and drawbacks of counting calories.  This strategy has been considered to be one of the most reliable core techniques for achieving healthy weight loss and sustainable weight control.  That said, it’s far from perfect.  Moreover, leaning exclusively on this method can result in unexpected struggles despite “doing everything right”, an erosion in an individual’s healthy relationship with food, and issues with how to proceed once a goal has been achieved.

The Benefits and Drawbacks of Counting Calories Are Extensive

Let’s take a closer look at the benefits and drawbacks of counting calories.  After all, the practice does have quite a few advantages that millions of people have enjoyed over the years as they pursued their weight loss goals.  That said the negative side of the practice cannot be ignored, as it helps to explain why this technique isn’t appropriate for everyone, and why it’s typically not considered to be the gold standard anymore.

The obesity problem across much of the developed world has launched a substantial amount of research into weight loss. As a result, even some of the strategies that had once been considered the best ways to proceed have also undergone closer examination.  What has been found is that when it comes to the benefits and drawbacks of counting calories, the main issue is that not all calories are the same.  There is a lot more to food than the amount of energy it contains when measured in a laboratory.

Moreover, as we gain a better understanding of the way macronutrients – fats, proteins and carbohydrates – are processed by the body, it becomes much clearer that just because a food is high in calories, doesn’t mean that it will automatically work against weight loss efforts.

This is not to say that the technique no longer has any value.  The benefits and drawbacks of counting calories clearly show that this remains one of several important tools in successfully understanding what we eat and where we might be struggling. But that’s just it.  It’s one of several tools.  Those diets that focused exclusively on the energy in and energy out calculations simply fall short of what’s going on in the body.

The Sustainability Problem with This Strategy

Sustainability is another serious issue associated with attempting to count calories for weight loss.  Many people focusing exclusively on this tally don’t take other vital factors such as metabolism and long-term maintenance into account.  For one thing, less is not more, though that’s what this type of math would suggest.  After all, if all you’re looking at is energy in versus energy out, then it would seem that the less you eat, the faster you’ll lose the weight.  And, temporarily, this might be the case.  However, it doesn’t take long for the body to respond to this type of trend, slowing down the metabolism in order to conserve stored energy in what it perceives as a time of potential starvation.

After all, your body can’t tell the difference between deliberately reducing the amount of food you eat and not eating because no food is available. When your metabolism slows down, it means that you’re burning less energy to accomplish the same activities, making weight loss harder as you also suffer from unwanted symptoms such as regular fatigue.

The Right Way to Count Calories

Still, as was said earlier, counting calories isn’t all bad news. In fact, knowing the amount of energy contained in your food can be one of several helpful guides as you make your food choices for the day.

The key is to consider them one of many things you consider as you choose your foods.  For instance, if you’re aiming to eat about 2,000-ish daily calories, you’ve already had 1,800 calories’ worth of food in a day, and you find out that the snack you’re considering contains another 1,500, then it’s pretty easy to say that you’re going to want an awfully small portion of that snack, if you eat it at all.

That said, when it comes to the finer details, you’re working close to your range but you’re deciding between two foods that contain different macronutrient balances, then it’s better to look at what comprises that energy, not just the energy total itself. What will you get out of the food you’re eating other than energy? Carbs? Fats? Fiber? What do you need more of today?

By combining these strategies that take the benefits and drawbacks of counting calories into account, you’ll build a better relationship with your food, you’ll ease the toxic “good food” and “bad food” mindset, and you’ll create habits that are more sustainable over time.