How to Tell if the Paleo Diet is Right for You 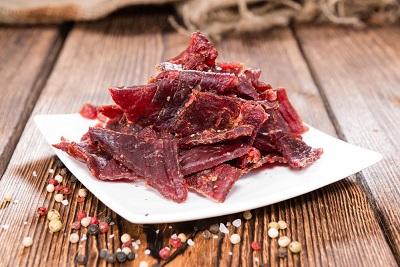 The paleo diet is a popular choice lately, but how do you know if the paleo diet is right for you? Just because it has stayed trendy for a few years, it doesn’t automatically mean it is the ideal choice for everyone.  In fact, popularity doesn’t necessarily mean that it’s right for anyone at all.  Therefore, it’s up to you to have a closer look before you decide to switch the way you eat on a regular basis.

Deciding if the Paleo Diet is Right for You

To start, one of the first things to consider when deciding whether the paleo diet is right for you is its appeal. This is an exceptionally simple question to answer because it depends on what you like to eat. If you are into legumes and dairy of any kind, then this won’t be the diet for you.

Dairy and legumes are avoided on the paleo diet, but if you are a person who likes organic meat that is raised humanely and not processed, then you are in luck because organic meat is a staple of the paleo diet. If you love fruits, nuts, and seeds, then you are certainly able to sustain yourself on this diet because such foods comprise the bulk of paleo fare.

If you have low energy and are looking to balance your blood glucose, then this is the diet for you. Most people constantly eat foods that their bodies have difficulty tolerating, like dairy and soy products for some. This is a bummer for tofu and cheese lovers when their taste buds and digestive systems disagree on what is good to eat.

Science is learning that brain fog and other brain and neurological issues are sometimes a symptom of food sensitivities. One of the paleo diet’s promises is that it will free you of such issues like brain fog.

That said, there are many other causes for these experiences too, so don’t just assume your diet is the culprit if you’re experiencing these symptoms chronically.  Talk to your doctor before diagnosing yourself with a condition or changing your eating habits for that matter.

Foods You’ll Need to Think About on This Eating Strategy

Corn is one of the problematic foods, which may come as a shock to many Americans, especially. If you are experiencing low energy and brain fog, then this eating strategy suggests that it should kick you right out of it.  That said, it’s important to note that there isn’t any concrete evidence to show that this will indeed be the case.

You may be wondering if the paleo diet is right for you if you have digestive issues. Proponents of this type of eating strategy claim that you should feel normal and have more energy after a meal instead of experiencing flatulence, burping, or digestive pain. This diet will straighten you out in such regards, they say.

However, it’s important to note that while those who are enthusiastic about this type of eating style may enjoy their own benefits, there is no single way of eating that is appropriate for everyone, and again, the science simply isn’t there to back up what is being claimed.

Frequent Claims About the Paleo Diet

For instance, many claim that a paleo diet can purge autoimmune diseases and stop the body from attacking normal cells. That said, this claim has no reputable medical substance.  While certain dietary changes can support people with various medical conditions, to say that all autoimmune disorders can be corrected with one eating plan simply doesn’t have scientific backing.

Another claim is that the paleo diet will actually help your cholesterol levels–yes, even though it is full of fat! This may or may not be the case.  Research is showing that dietary cholesterol doesn’t necessarily have the impact we used to think it had on cholesterol levels in the body.  That said, excess sugars absent from a paleo diet can help to reduce their negative impact on the body, including on any effect they have on cholesterol levels. This diet will also claim to help manage your diabetes, low blood sugar, or any blood pressure issues. Those claims are, so far, quite dubious.

Is the Paleo Diet Right for Anyone?

The paleo diet is based on shaky science and cuts out many foods that are widely considered to be healthy and packed with nutrients.  Its claims about the downsides of certain foods are based on a misunderstanding of nutritional composition in many ways.  Among its base claims has to do with the history of the human race, stating that we evolved with that way of eating and therefore it is better suited to our bodies.  That said, archeological finds show that this is not at all the case.  Not only have humans evolved eating legumes and many other foods banned by this diet, but our lifespans and overall health have improved as we have incorporated them more readily.

This is not to say that the paleo diet isn’t right for anyone. However, it’s important to take care before blindly believing the claims made about its supposed benefits.  Speak with your doctor before making a switch to this eating style.