Probiotics have been very popular in many different types of food products, such as yogurt, over the last few years, as scientific studies have been finding that they are very good for digestion and overall health. Now the results of a new study are showing that the regular consumption of probiotics could also help dieters to be able to lose weight more quickly and easily, particularly among females.

What the Research Showed about Weight Loss and Probiotics

This study was published jointly by the Université Laval in Quebec, Canada, and Nestlé, the food giant (that just happens to manufacture yogurt, too). The research conducted by the university determined that obese women who regularly included probiotics in the foods that they consumed were able to lose twice as much weight as the women who did not regularly consume probiotics as a part of their diets. The most commonly chosen source of the probiotics for the women in this study was yogurt.

The concept behind this ability to lose extra weight was that the intestinal flora in an obese individual is not the same as that of a person who has a normal body mass. This is likely the result of a diet among the obese patients that consists of higher levels of fats and lower levels of fiber.

How Was the Study Conducted?

The study involved the participation of 125 men and women who adhered to a 12 week weight loss program which was then followed by a maintenance program of the same length. Throughout that complete period of 24 weeks, half of the participants received a placebo and the other half took two probiotic pills every day.

After the weight loss period had finished, the women who took the probiotics had lost an average of about 10 pounds. The women in the placebo group lost about 6 pounds. At the end of the full 24 week period, the probiotic taking women had continued their weight loss for an average of 11 pounds lost, per person. The placebo group did not lose any more weight after the first 12 weeks.

What Did the Study Conclude About Weight Loss and Probiotics

This indicates that including probiotics into a regular diet could help women who are trying to lose weight to be able to shed the excess pounds with greater ease and efficiency than would be possible if they continued on a diet that is lower in probiotics, despite the fact that they may be adhering to a good quality healthy fat reduction program.

What Are Experts Saying?

Naturally, one study isn’t enough to prove once and for all whether there is a relationship between weight loss and probiotics.  For that reason, it’s important to pay attention to what reputable healthcare professionals have to say on the matter.

The Mayo Clinic has released an Q&A on the topic, in which they answer submitted questions about the connection between probiotics and weight loss. In it, they make it clear that taking probiotic supplements are unlikely to play a substantial role in the battle against obesity. At the same time, they did point out that it is unlikely to be harmful to take these supplements.

Why Doesn’t the Mayo Clinic Recommend These Supplements to Battle Obesity?

The Mayo Clinic points out that the primary challenge in the battle against weight gain is in the balance of energy in the body. Body fat is stored when you consume more calories than your body burns. It does acknowledge that the body’s microbiome – the microscopic organisms such as bacteria that play a vital role in the way our bodies function – is a component of the efficiency rate at which the body draws energy from our foods during the digestive process.

There are trillions of bacteria along the digestive tract. For the most part, this is very good news. They are necessary for the metabolism of many of the nutrients we need from our food. That said, not all the bacteria in our intestines are valuable.  Some work against us. Some studies have examined the imbalance that can occur between good and bad bacteria in our digestive systems and the way they can contribute to certain medical conditions.

Consuming certain prebiotic foods – those that are high in the “food” for good bacteria – or that contain probiotics themselves – that is, they actually contain the good bacteria – have been linked with certain health benefits, says the Mayo Clinic.  Though more research is certainly needed, it does appear that probiotics can help to improve the health of your gut microbiome and, therefore, support your digestion. That said, supported digestion from probiotics doesn’t necessarily mean weight loss.  Therefore, while they can help you to get the most from your foods, healthy lifestyle changes are still recommended over probiotics for weight loss. 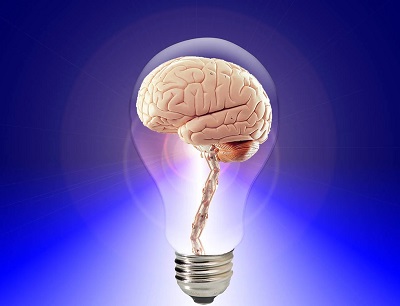 How Is Memory Affected by Weight Gain?

Memory is affected by weight gain, according to fascinating research that might just provide us with yet another reason to pay closer to what we eat, our activity levels, and even the amount of sleep were getting at night.

END_OF_DOCUMENT_TOKEN_TO_BE_REPLACED 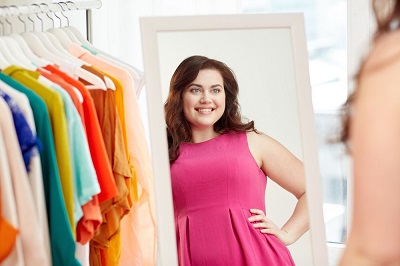 Body positive weight loss can sound like an oxymoron. After all, if you’re trying to change the way you look, are you really embracing this positivity? After all, it’s not just a hashtag. It’s an important social movement built on the core value that all people should feel positive about their external appearance.