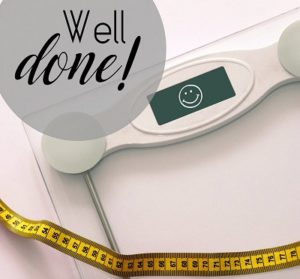 If you’re already working on a goal of sustained weight loss, then give yourself a pat on the back because you may be doing something exceptionally good for your health.  If you are overweight or have obesity, then you may know that you are at an increased risk of cardiometabolic disease such as type 2 diabetes.  In fact, obesity is the leading risk factor for that specific condition.  Now, new research has shown that the risk can be reversed by losing the extra pounds and keeping it off.

Research published in The American Journal of Cardiology recently showed that sustained weight loss among obesity patients made a meaningful difference in both the current and future risk of developing cardiometabolic conditions such as type 2 diabetes.  This wasn’t just a matter of losing pounds. Instead, it had to do with gradual reduction but, more importantly, keeping it off over time.

The study’s objective had been to determine how much of an impact sustained weight loss, obesity maintenance, rapid weight loss, weight loss maintenance, and weight regain have on the future risk and timing of developing various types of cardiometabolic diseases.

It was conducted on data from 2001 through 2017 in the form of a retrospective cohort study of adult patients receiving primary care at Geisinger Health System. Patients were grouped as those who were maintaining their weight, those who lost weight and maintained it, and those who lost weight but regained it.

The lowest risk of developing those diseases at all was in the group of people who sustained weight loss.  Moreover, those within that group who had the highest amount of weight loss – 15 percent of body weight or more – and who maintained it experienced the longest period before diagnosis and lowest risk compared to those within that group who lost and maintained the least amount of weight – 7 percent or less.