Are you up into the wee hours of the night?  Do you also weigh more than your friend or sibling who has a similar diet but whose schedule is more focused on the daytime? A new study has just been released that is helping to explain why this is often the case and why poor sleep leads to weight gain.

It could be as simple as what and when you are eating, as opposed to how much. What the study found was that people who were up much later at night were more likely head to the kitchen and snack into the later hours even when they received the same amount of sleep as their daytime counterparts.

The study was conducted by a research team at the University of Pennsylvania. What they determined was that individuals who stayed up until 4am in a sleep lab consumed an average of 550 more calories than their daytime counterparts, and the majority of those were eaten at the latest part of the night.

The author of the study, Andrea Spaeth, explained that people who were up during the time that people are typically in bed were much more likely to consume a larger number of calories. She added that those calories often tended to come from foods that were notably higher in calories than the calories that were eaten at other times of the day.

The result was that the participants in the study who were up at night tended to gain more weight than those who were receiving their sleep at night. This was considerably worse among individuals who were up late because they couldn’t sleep and were therefore sleep deprived, was opposed to being on a regular sleep schedule that just happened to fall during later hours than typical.

According to the Martha Jefferson Sleep Medicine Center in Charlottesville, Virginia, Dr. W. Christopher Winter, people who are sleep deprived experience hormonal changes that can often lead them to overeat during the very late hours. This is particularly true of two hormones: 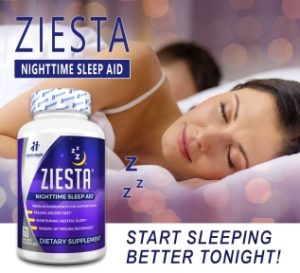 He explained that they often have higher levels of a hormone called ghrelin, which leads to the stimulation of hunger cravings. At the same time, sleep deprived people tend to have lower levels of leptin.  Leptin is a hormone that causes them to experience a feeling of satisfaction and fullness from their foods.

Therefore, if you’re hoping for the biggest advantage in being able to lose weight, you may think about placing a greater importance on getting a good night’s sleep – during the nighttime. Turning your sleep schedule around – if possible – could naturally change the way you eat and, therefore, your weight.

When combined with a healthy sleep routine and a few daytime modifications, such as limiting stimulant use in the hours before bedtime, ZIESTA can help you fall asleep faster, stay asleep longer and wake up feeling refreshed and ready to make it an “A” day, every day! Valerian, hops and passionflower work together to help put your mind at ease and prepare you for bedtime, while melatonin, l-theanine and magnesium help to activate the body’s natural sleep induction process.

Let ZIESTA help you take back your nights and days by getting the sleep your body needs for the happier and more productive days you deserve!* 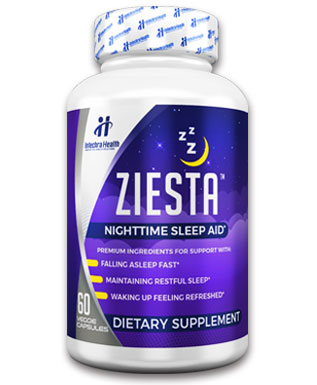 Make “A” Days Reality When You Get More of the Zzzs You Need with Support from ZIESTA!*

Order ZIESTA today and get a 30-day 100% customer satisfaction guarantee.